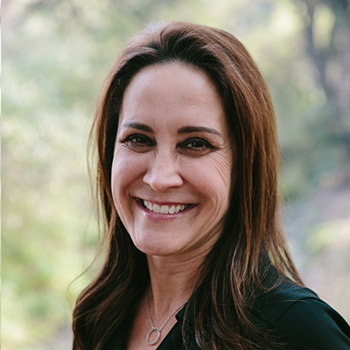 Dr. Aggie was born in Massachusetts and spent her early childhood moving around the eastern seaboard. She attended the University of Pittsburgh Accelerated Pre-Dental Program and entered dental school at the age of 20. Upon graduating from the University of Pittsburgh School of Dental Medicine, Dr. Aggie completed a General Practice Residency at Allegheny General Hospital with an emphasis on maxillofacial surgery and trauma reconstruction. She then went on to complete her Orthodontics Specialty Residency Program at the Albert Einstein Medical Center in conjunction with the University of Pennsylvania School of Dental Medicine. Upon completion of her training, Dr. Aggie started her own practice in Lancaster, PA while concurrently serving as Clinical Orthodontist at the world renowned Lancaster Cleft Palate Clinic for nine years where she treated complex patients with craniofacial anomalies.

In 2005, Dr. Aggie and her daughter Alexa relocated to the West Coast. Since then she has resided in Marin and has provided orthodontic care in multiple offices in the Bay Area. Dr. Aggie is thrilled to have the opportunity to be a part of the Marin Braces Team and to practice in the community where she lives.

Dr. Aggie completed an extensive research project on the traumatic effects of aggressive surgery in young bilateral cleft lip and palate patients resulting in significant growth disturbance of the midface in adolescence. This research was presented at an international cleft lip and craniofacial conference and thus began her career in this subspecialty area of orthodontics.

After graduating Summa Cum Laude from college, Dr. Aggie received a full 1-year merit based scholarship to attend dental school. While attending dental school, she served as Vice President of her class, represented the University of Pittsburgh School of Dental Medicine as the American Student Dental Association representative, and won numerous scholarships and clinical awards. She was inducted into the Omnicron Kappa Upsilon National Dental Honor Society and was honored to receive a prestigious award from Colgate for Outstanding Women in Dentistry. While at Allegheny General Hospital, she was honored to be selected as Resident of the Year from the entire field first year medical and dental residents.

Dr. Aggie enjoys hiking, skiing, and SCUBA diving with her daughter in exotic places (warm water only, please!). On weekends, you will find her out on Marin trails, working in her garden, visiting local antique markets, or discovering new places to eat. Her love of travel is currently on hold until her daughter graduates from college! She very much looks forward to getting to know the patients of Marin Braces and building self-esteem from improving smiles. Her inquisitive nature and genuine interest in her patients is evident as she engages patients in conversations, both in and out of the office!